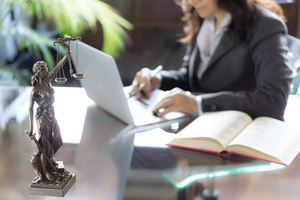 Just like criminal cases in adult court, juvenile cases are heard before a judge or commissioner and the petition is filed and argued by a prosecutor from the District Attorney’s office. Most District Attorney offices have specific units dedicated to juvenile prosecutions with prosecutors who only handle these types of proceedings. Juvenile court operates under its own set of statutes and procedural rules and the goals of juvenile court, namely the rehabilitation of juvenile offenders, is unique from the goals of adult court, where punishment often takes precedence over rehabilitation.

Juvenile Prosecutors and the Filing Process

A decision of whether or not to file a juvenile petition is not one taken lightly by juvenile prosecutors. These prosecutors realize that involvement in the juvenile delinquency system can be psychologically harmful to minors, especially those who suffer from mental health issues. A juvenile filing can be stressful for the entire family and can impact a minor performance in school and his or her development. However, the prosecutor has a duty to address criminal conduct committed by minor offenders and will file juvenile criminal petitions where appropriate.

Whether to File as an Adult

Certain offenses, when committed by minors 14 and older, will automatically be filed in adult court and the minor will be treated as an adult offender. This includes special circumstances murder where it is alleged that the minor personally killed the victim, certain sex offenses such as rape or spousal rape involving force, violence or the threat of bodily harm, forcible sex in concert with another, lewd and lascivious acts on a child under 14 with force, violence or threat of great bodily injury, forcible sexual penetration and sodomy or oral copulation by force, violence, or threat of great bodily injury to the victim.

Under the recently passed Proposition 57, the decision regarding whether minors should be prosecuted in juvenile or adult court has been transferred from state and local prosecutors to juvenile court judges. Proponents of Proposition 57 sought to restore authority to juvenile court judges. The California Department of Corrections has been under federal court supervision after the United States Supreme Court found that California’s prison overcrowding constitutes cruel and unusual punishment. Proposition 57 was introduced as a way to ease concerns over prison overcrowding by diverting more juvenile offenders to the juvenile court system.

The prosecutor’s role is to represent the interests of the People but to also ensure that justice is done. Juvenile prosecutors are typically more sensitive to an offender’s wellbeing and development than their counterparts in adult criminal court and may be more willing to explore alternative sentencing recommendations that involve counseling and treatment over punishment in locked detention facilities.

The prosecution has the same obligation to turn over all relevant and pertinent evidence to the defense in juvenile court as it does in criminal court and failure to turn over evidence can result in evidence being suppressed or other appropriate sanctions. During the adjudication hearing, the prosecution has the burden of proof to establish that the minor committed the crime for which he or she is accused beyond a reasonable doubt. If the juvenile petition has been sustained, the prosecutor can argue for an appropriate sanction at the minor’s disposition hearing.