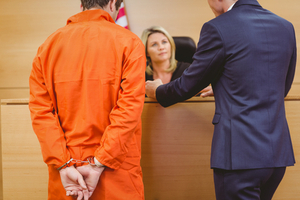 Minors under the age of 18 who are accused of committing criminal offenses will usually have their cases heard in Juvenile Delinquency Court unless they are charged as an adult. Juvenile Court is unique and even though minors have many of the same constitutional rights and protections as adults, juvenile court operates under its own set of rules and procedures that can often be confusing to those not familiar with the system. Just like adults in criminal court, juvenile offenders have a right to be represented by counsel.

When a minor is arrested on suspicion of a criminal offense, he or she may be “cited out” and provided a citation with a future court date or the minor may be held in custody until his or her detention hearing. The detention hearing is similar to an arraignment in criminal courts. At the detention hearing, the juvenile court judge will hear arguments as to whether or not the minor should be released pending the adjudication of the matter and counsel will be appointed for the minor if he or she is not represented by a private attorney. The minor’s attorney will also be provided a copy of the juvenile petition (similar to a complaint in criminal court) and incident reports and will have a chance to review these with the minor. The matter is typically then continued for further proceedings, though some cases may resolve at the detention hearing.

In many cases involving less serious felony offenses and misdemeanors and in situations where the minor does not have a record, a minor may be released to his or her family and provided a future court at which the minor and the minor’s parents are expected to appear. In these cases, the minor’s attorney can conduct a pre-filing investigation and can intervene to try and prevent a petition from being filed. This typically is not possible for minor offenders who decide to wait to have a public defender appointed, as appointment occurs at the first court appearance once a petition has already been filed. A private juvenile defense attorney can reach out to law enforcement or the prosecutor involved in the investigation and can present exonerating or mitigating evidence on their client’s behalf. In many cases, the prosecutor may decide to reject juvenile charges or to file a petition alleging a lesser offense.

While a minor is entitled to counsel in a juvenile matter and a lawyer will be appointed if requested, the minor cannot choose which attorney is appointed for them. The Juvenile Court Public Defender system is notoriously overworked and many carry caseloads that exceed American Bar Association guidelines. In cases where there are conflicts of interest, the minor may be represented by a panel attorney. In California, these panel attorneys are private attorneys who are paid a flat fee by the County between $340 and $360 per case and are required to pay for their own training and investigators, if necessary. The use of panel attorneys in California juvenile courts has been criticized and a recent change in the law has required that any attorney seeking appointment in a juvenile matter must comply with specific education and training criteria focused on juvenile justice.

Juvenile Defense During the Juvenile Process

In defending a minor accused of a criminal offense in juvenile court, the accused has many of the same constitutional rights and protections as an adult in criminal court. The minor’s attorney can compel the productions of records and can require witnesses to personally appear in court by issuing subpoenas. At the adjudication hearing, the minor’s attorney can challenge the admissibility of evidence and cross-examine prosecution witnesses. The minor can also present evidence and witnesses of its own. The minor is given the opportunity to testify, however, he or she is not required to testify and has the right to remain silent.