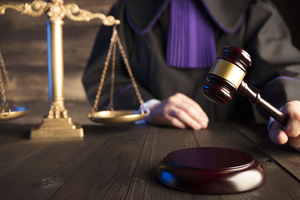 When someone under the age of 18 is accused of a criminal offense, the case is sent to Juvenile Delinquency Court. In California, juvenile court is wholly separate from adult criminal court and operates under its own set of policies and procedures. The court process is often intimidating to families who are unfamiliar with juvenile court or who only have experience in dealing with the adult system.

A juvenile court case typically begins with the minor being arrested by a law enforcement officer. For some less serious crimes, the officer may issue a citation for the minor and his or her parents to appear in court in lieu of arrest. If the matter is more serious, the minor may be taken to juvenile hall where he or she would remain until the initial court appearance. Unlike adult criminal cases, juveniles are not given the option of posting bail and may have to remain in custody pending their detention hearing on serious criminal charges.

The first step in the juvenile court process is the filing of a petition by the District Attorney’s Office or Juvenile Probation Department. Most DA offices have departments dedicated solely to handling juvenile matters.

There are two different types of petitions that can be filed. Probation can file a 601 petition addressing conduct that is only illegal because the offender is a minor, such as running away, skipping school or violating curfew. If the petition is found to be true, the minor is considered a status offender.

If the minor is accused of doing something that would be considered a crime if committed by a person of any age, the District Attorney’s office would file a 602 petition. This includes misdemeanor and felony level offenses. If the petition is found to be true, the minor can be deemed delinquent by the court.

The detention hearing is typically a minor’s first appearance before the judge in juvenile court. The detention hearing is similar to a defendant’s arraignment in criminal court. At the detention hearing, the judge will determine whether or not the minor would be required to remain in juvenile hall while the case is pending. The judge does not set bail in a juvenile matter, however, the court may consider releasing the minor to the custody of his or her parents under strict conditions of release. This may include a requirement to wear a monitoring anklet or a strict curfew that is enforced by the Juvenile Probation Department.

For minors accused of committing more serious felonies, the District Attorney may request a fitness hearing to determine whether or not the case should be transferred to the adult criminal justice system. Whether or not a case can be sent to criminal court depends on a number of different factors, including the minor’s age, juvenile record and the severity of the charges.

Prior to adjudication, there may be one or several pretrial hearings. At these hearings, the District Attorney and defense attorney may exchange discovery and may discuss possible dispositions. If a disposition is reached, the minor may admit guilt and the court would proceed pursuant to the terms of the disposition. The Court will also consider any pretrial motions filed by either party and will issue legal rulings.

The adjudication hearing also referred to as a jurisdiction hearing, is a trial in which the District Attorney would have to prove the charges beyond a reasonable doubt. There are no juries in juvenile court and the case would be heard by the juvenile court judge. The same rules of evidence that pertain to adult criminal court would apply and the minor would be entitled to many of the same rights and protections under the law.

If the judge determines that the minor committed the crime, the last step in the juvenile court process is the disposition hearing, where the minor’s punishment is determined.