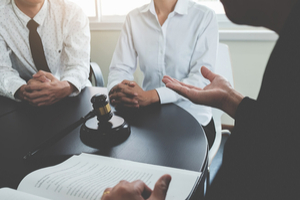 A minor’s first appearance in juvenile delinquency court is at the detention hearing, where he or she is informed about the charges in the petition and the judge decides whether or not the minor will be released from custody pending determination of the case. Before the minor’s “trial,” which is referred to as a jurisdiction or adjudication hearing, there may be several pretrial hearings. These are important court dates during which the judge may rule on motions and the defense and prosecution will engage in negotiations in order to potentially settle the case.

When Does a Pretrial Occur?

Some juvenile court cases may involve several pretrial hearings while the parties exchange evidence, perform additional investigation and work on potential settlement agreements. The minor is required to appear personally at every pretrial hearing along with his or her parents or guardian. At these pretrial appearances, the judge will typically want an update from the minor’s parents or the probation officer regarding the minor’s school attendance, grades and behavior. A minor’s good conduct pending an adjudication hearing can be critical when reaching a disposition.

At pretrial hearings, the juvenile court judge may also rule on any pretrial motions filed by either the prosecution or the defense. A minor in juvenile court is entitled to many of the same rights as an adult in criminal court, even though juvenile court is governed by different policies and procedures.

The minor is entitled to discovery in the juvenile matter. This does not only include the incident reports, but also all pertinent evidence held by the police or District Attorney. The defense will typically file an informal discovery request and the District Attorney will provide the items requested to which the minor is entitled. If the prosecution fails to turn over discovery as requested or objects to the minor’s request, the Court can hold a formal discovery hearing where the judge would determine whether or not the minor is entitled to a particular item of evidence. The judge may order the prosecution to turn over discovery to the defense.

Additionally, the defense and prosecution may subpoena records in preparation for the adjudication hearing. Typically, these subpoenaed items are sent to the Court and then released to the subpoenaing party at the pretrial hearings. The judge will generally understand that the parties may require additional time to review the new material and will usually set another court date when subpoenaed material is delivered. Failure to comply with or respond to a lawfully served subpoena can result in a bench warrant being issued for the custodian of record.

Pretrial hearings are also where the prosecution and defense can discuss possible settlements. The District Attorney will typically make an offer and will recommend a disposition if the minor chooses to admit to one or more counts of the petition. This may include diversion, supervised probation or time in a youth camp. The prosecution may be willing to dismiss one or more counts as part of a settlement negotiation and in many cases, the minor may be able to have his or her charges significantly reduced.