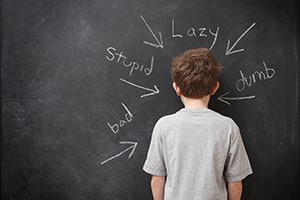 One of the most prevalent forms of child abuse is emotional/psychological abuse, in which a parent or caregiver engages in behavior, speech and actions that have a negative impact on a child’s wellbeing and development. Officially, the United States considers emotional abuse to be a “a pattern of behavior that impairs a child’s emotional development or sense of self-worth.” While this type of abuse may not leave the same injuries and scars as physical abuse, emotional abuse can be devastating to a child’s development and lead to lifelong problems that persist into adulthood. Emotional abuse is considered one of the most underreported forms of child abuse.

What is Emotional Abuse?

Emotional abuse can be present in all categories of families, however it is statistically most likely to occur in families that are suffering from financial difficulties, single-parent households, families that are going through a divorce and families in which there are substance abuse issues.

Even great parents will occasionally yell at their children or become angry in times of stress. However, when this type of behavior is consistent a child can suffer the long-term effects of emotional child abuse.

There are six recognized types of emotional abuse, including:

Unlike physical or sexual abuse, emotional abuse of a child can be extremely difficult to establish definitively. A child who is emotionally abused may not have prominent bruises or broken bones but the effects can be just as devastating. Without clear-cut evidence of abuse, law enforcement and child protective services may be unable or unwilling to intervene in cases involving yelling or humiliating a child. However, where there are clear signs of neglect or where a child has been threatened with violence, law enforcement can take action and parents or other caregivers can be charged criminally.

Child protective services agencies may intervene and involve parents in educational programming or counseling to instruct about the impact of emotional abuse and to help change emotionally abusive behavior and habits. In many cases, emotional abuse may be a precursor to other forms of abuse and should be taken very seriously.