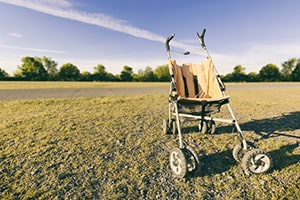 Every 40 seconds, a child goes missing or is abducted in the United States. Approximately 840,000 children are reported missing each year and the F.B.I. estimates that between 85 and 90 percent of these are children. While most reports of missing or abducted children are resolved within hours, many involve situations where a child goes missing permanently or for an extended period of time. The following are some of the key issues surrounding missing and abducted children.

The AMBER Alert system represents a partnership between broadcasters, cell service providers, state transportation services and local police in which warning messages are quickly and widely disseminated in order to help find abducted children. AMBER stands for America’s Missing: Broadcast Emergency Response and was created to honor Amber Hagerman, a nine-year-old girl who was kidnapped and murdered in Arlington, Texas. Over 800 children have been rescued because of AMBER alerts and these messages have proved to be a highly effective tool in finding missing children and protecting children from abduction.

Family kidnappings make up half of all reported abductions in the United States. Family abduction is typically committed by parents and it involves a significantly higher proportion of female perpetrators when compared to other kidnapping offenses. Children under the age of 6 are most frequently targeted for family abductions and these often occur in the midst of bitter divorce or child custody battles between parents. Family abduction poses unique issues for law enforcement, as the child may be unwilling to leave his or her abductor and other family members may be involved in concealing and aiding the abducting parent.

Non-family abductions include kidnappings committed by acquaintances and strangers. Acquaintance abductions make up 27 percent of all child abductions and is committed by a disproportionally high number of juvenile offenders. Acquaintance abductions also have the highest number of female and teenage victims and is often associated with other crimes such as sexual and physical assault. Abductions committed by strangers typically occur in outdoor locations. Stranger abduction is most likely to involve a firearm when compared to the other types of abduction and is associated with sexual assault in female victims and robbery in male victims.

Children who run away and become homeless is a serious and pervasive issue. One in seven children between the ages of 10 and 18 will run away from home and young people between the ages of 12 and 17 are at a greater risk to become homeless than adults. 75 percent of runaways are female and between 6 and 22 percent of homeless girls are pregnant. Between 20 and 40 percent of young people who run away from home identify as part of the LGBTQ community. Half of all runaways report escaping physical abuse in the home, while 38 percent escape emotional abuse and 17 percent acknowledged being subject to sexual abuse by a family or household member. Children who run away from home face greater risk of anxiety, depression, suicide, poor health and low self-esteem and are more likely to be forced into prostitution, drug sales and other illegal activities.

In many cases, a child who is missing or who has been abducted may have physical or mental disabilities which can make it more difficult to find and return the child. When a child is developmentally disabled, he or she may have difficulty communicating with others about their needs, identity or home address. This can place the child in a greater degree of danger. These children are especially susceptible to being abducted and it may be harder to return them to their parents when they are lost. Physical disabilities can also make it more difficult for missing children to be discovered and returned and provided necessary medical care and treatment. Law enforcement agencies receive special training in handling cases involving missing or abducted children who have mental or physical disabilities.