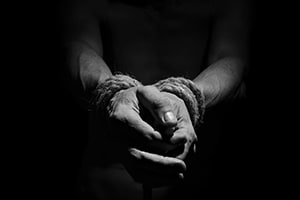 Crime statistics have shown that the majority of abduction cases are committed by family members. However, 28 percent of kidnappings are committed by strangers. While non-family abduction does not happen as frequently as family abductions, it is considered a significantly more dangerous crime that is potentially life-threatening to the minor who has been kidnapped. Law enforcement agencies treat these offenses as high priorities and will devote considerable resources to locating and recovering children who have been abducted.

Each day, an average of 2100 children are reported missing in the United States. Of this number, 800 of these cases turn out to be false alarms based on miscommunications or where the child was not actually missing. Thirty-three children are abducted by someone who is not a family member. Many of these children are sexually or physically abused before being released or escaping. Non-family abductions are defined as episodes in which a person who is not a family member takes a child by using physical force or threatening physical force and detains the child for a substantial period of time or where a child younger than 15 or who is mentally challenged is taken or detained by a non-family member who conceals the child, demands ransom or expresses an intent to keep the child permanently. Non-family abductions are distinct from “stereotypical kidnappings” in which the abduction is committed by a stranger or slight acquaintance and the child is transported for 50 or more miles, detained for at least one night, held for ransom, or, in the most egregious cases, sexually assaulted or killed. Stereotypical kidnappings are significantly rarer than non-family abduction cases.

Abductions committed by non-family members are considered to be more dangerous than family abductions. Non-family abductions are significantly more likely to result in harm to the abducted child and in the most serious cases can lead to a child’s murder by his or her abductor.

The AMBER alert system is a method of quickly disseminating critical identifying information whenever a child has been abducted. The United States Department of Justice recommends that AMBER alerts only be issued when local law enforcement has confirmed that an abduction has taken place, the abducted child is at risk of imminent injury or death, there is sufficient descriptive information about the child or his captor and the child is a minor under the age of 18.

In family abductions, which make up the majority of reported abductions, there is typically not a risk of injury or death to the abducted child. As a result, the AMBER alert system is intended for non-family abduction situations where a child faces a significant risk of being harmed or even killed.

Non-Family Abductions and the Law

Non-family abductions are typically investigated and prosecuted as kidnapping crimes, which are one of the most serious classes of felonies throughout the United States. If the abductor takes a child between states, he or she can be charged with kidnapping in federal court.

Kidnapping is a serious felony and those convicted can be sentenced to lengthy prison terms. In many states, those who are convicted of kidnapping would have to register for life as a sex offender, even if their offense did not involve any sex crimes.

In addition to kidnapping, a child abductor can be charged with any other criminal offenses committed during the commission of the crime. In many non-family abductions, this includes sexual or physical assaults on children which can result in lengthy prison sentences as well as mandatory sex offender registration. Once reported, law enforcement will treat a child abduction report very seriously and will dedicate extensive resources to finding and returning the child to his or her parents.