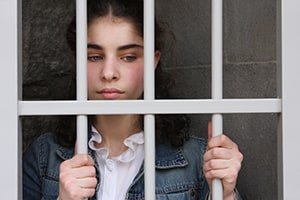 When a minor is arrested for a criminal offense, the arresting officer may release the minor to the custody of his or her parents and provide a citation to appear in court on a future date. With more serious offenses, the juvenile may be arrested and may be taken to juvenile hall, which is a county-run juvenile detention facility that houses minors who have cases pending in juvenile delinquency court.

Unlike adult offenders, juvenile offenders are not able to post bail to secure their release from custody. In some cases, the probation officer at the juvenile hall facility will release the minor under specific terms and conditions of release pending the minor’s court appearance. In other cases, the minor may be sent directly to juvenile court where a judge would determine whether or not the minor should stay in custody pending disposition of the case or whether it is appropriate to release the minor to his or her parents.

Following the disposition of a minor’s case in juvenile delinquency court and depending on the outcome of the case, the minor can be released to the custody of his or her parents, placed in the foster care system, placed in a camp probation program or sent to the California Youth Authority for the most serious juvenile offenses.

The Los Angeles County Probation Department Residential Treatment Services Bureau operates 19 juvenile probation camps in Los Angeles County. Once a minor receives a disposition that includes a Camp Community Placement (“CCP”) order, Probation will conduct an intensive and individualized assessment to determine the best camp for the minor. The assessment considers criteria such as age, gender, program length, medical needs, mental health concerns, substance abuse issues and the minor’s interests and strengths. The goals of residential camps are to reunify the minor with his or her family, reintegrate the minor into the community and provide education, medical and mental health services.