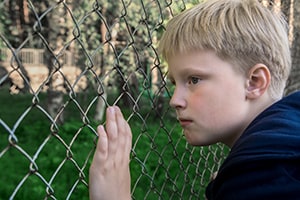 Juveniles who are arrested for criminal offenses may be released to their parents while the case is pending in juvenile delinquency court or they may be held in a juvenile detention facility until disposition of the juvenile court case. Unlike adult offenders, juveniles are not able to post bail to secure their release and may only be released by a probation officer or judge. For misdemeanors and less-serious felonies, the minor will often be allowed to remain at home while the juvenile case is pending. However, in serious matters or where the juvenile is already on juvenile probation or has a lengthy juvenile record, the minor may be held in a juvenile detention center.

When a minor is arrested for a criminal offense, he or she will not be taken to an adult jail with adult offenders. In many cases, the arresting officer will release the minor to the custody of his or her parents and provide a citation with a future court date for the minor’s arraignment in juvenile delinquency court.

Even if the IDC officer decides that a minor must remain in custody pending disposition of the juvenile petition, the juvenile court judge may release the minor at his or her arraignment following a detention hearing. The judge may release the minor to the custody of his or her parents under strict terms of release, such as curfews, school attendance, and drug testing.