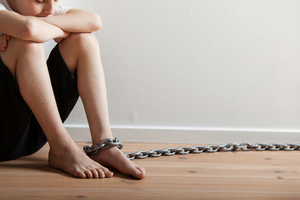 Solitary confinement has historically been used as a punishment in prison facilities and a way to handle unruly or disobedient prisoners. Extended periods of isolation have been shown to cause significant psychological distress in adult prisoners and this practice is even more devastating on youth in juvenile detention facilities. Minors are placed in solitary confinement as a way of discipline, behavior control and sometimes even for administrative convenience. This practice, which involves isolating minors in small cells between 22 and 24 hours a day, has been shown to cause significant neurological and psychological damage, and can even lead to suicide in the most serious cases.

Solitary confinement can be especially damaging to youth because the brain grows and develops during one’s adolescent and teenage years, specifically the frontal lobe region which is responsible for cognitive processing, impulse inhibition and consideration of consequences. Solitary confinement can trigger depression, hallucinations, anxiety attacks, obsessive thinking, paranoia and anger in youthful offenders. In fact, even a few days in solitary confinement has been shown to shift a minor’s EEG patterns towards abnormal patterns associated with stupor and delirium.

There are approximately 70,000 juveniles detained in the United States at any given time and 63% of those have committed nonviolent offenses. A recent study has indicated that 35 percent of youth offenders are held in isolation at some point and more than half of those in solitary confinement were there for more than 24 hours at a time. When children are placed in solitary confinement, they are deprived of mandatory rehabilitative and educational programming and instead suffer devastating psychological damage caused by extended periods of isolation.

Half of all suicides occurring in juvenile facilities occurred while the minor was in solitary confinement and 62 percent of those who committed suicide had a history of being placed in isolation.

Use of Protective Solitary Confinement