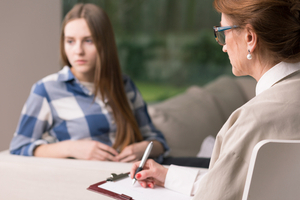 There are major differences between adult criminal court and juvenile delinquency court in California. One key difference is the role that the County Probation Department plays. In adult criminal court, the probation department is only involved when a defendant is convicted of a criminal offense and placed on supervised probation. Typically, they only become involved in the court process when a defendant has committed a probation violation. However, in juvenile court probation officers are expected to closely monitor minors and provide input to the judge throughout the juvenile court process, including before and after a juvenile adjudication. The probation department operates juvenile halls and juvenile camps and supervises the minors placed on probation.

After a minor has been arrested on suspicion of a criminal offense, the minor may not be released to his or her parents but may be taken directly to juvenile hall when the underlying offense is serious or where the minor has a juvenile record. Unlike jails which are operated by the local county Sheriff’s Department, juvenile halls are run by County Probation Departments. Once a minor has been brought to Juvenile Hall, he or she will be interviewed by a probation officer.

The probation officer can send the minor home with a probation program without going through the juvenile court process (also known as diversion under California Welfare and Institutions Code Section 654), can send the minor home or other suitable placement with a future court date to appear in juvenile court or can have the minor detained in Juvenile Hall, where he or she would remain until the first appearance in Juvenile Delinquency Court within 48 or 72 hours, not including weekends and holidays. Minors held in Juvenile Hall are allowed to call their parents or their attorney.

Juvenile probation officers play critical roles once a case is heard in Juvenile Court. The judge will ask for input at the minor’s first appearance in court, also referred to as a detention hearing, where the judge may decide to release the minor to the custody of his or her parents. The probation officer will prepare a report and will make recommendations that are often critically important to any resolution that is reached between the prosecution and the defense. If the minor is released to the custody of his or her parents, the probation officer will closely monitor the minor to ensure the minor is adhering to the terms and conditions of release and will report any violation to the court. The probation officer will also make a recommendation to the District Attorney about whether or not a petition should be filed against the minor or whether the minor should be tried as a juvenile or as an adult. The District Attorney will perform an independent review of the case before making any filing decision.

If the Court sustains a juvenile petition or if the minor admits the facts in the petition are true, he or she will be declared a ward of the court and in many cases will be placed on juvenile probation. The Probation Department is responsible for monitoring the minor while under the jurisdiction of the Court. The minor can be sent home on probation, which would allow him or her to remain at home while on probation, or the minor may be sent to a probation camp. In Los Angeles County there are 19 different Probation Residential Treatment camps that a minor can be sent to.

The probation officer may make recommendations to the Court at the time of sentencing and judge may impose several terms and conditions of probation. These can include school attendance, curfews, counseling, anger management, not associating with gangs or certain people, community service, stay away orders and court-ordered restitution. If the minor violates probation, the Court will hold a hearing under California Welfare and Institutions Code Section 777 to address the violation.