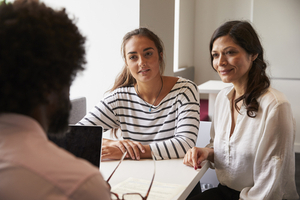 In recent years, the California legislature has taken steps to reduce the number of inmates in both adult and juvenile locked facilities after being ordered to reduce its prison population by the United States Supreme Court. Legislators have recognized that juvenile recidivism often leads to adult criminal records and further involvement in the criminal justice system and that not all juvenile offenders should necessarily be sent to Juvenile Delinquency Court. Under California Welfare and Institutions Code Section 654, minors accused of low-level offenses may be diverted from the juvenile court system and may avoid a filing if they complete the terms and conditions of the 654 program and commit no new offenses.

Who Can Qualify for Welfare and Institutions Code Section 654?

Before a case is referred to the District Attorney’s office for a potential filing of a petition, the case will be reviewed by a County Probation Officer. For less serious misdemeanor offenses, the probation officer may offer resolution under California Welfare and Institutions Code Section 654 in lieu of filing a petition. This program is typically allowed for misdemeanor level offenses including vandalism, possession of marijuana, shoplifting and petty theft and even driving under the influence. Typically, a 654 program will only be offered to minors who have no juvenile record or who are not on probation for a juvenile offense. The program is considered informal supervision and would delay or possibly prevent the filing of a juvenile petition. Typically, the program will last for six months, after which the case can be completely dropped.

What Happens in a 654 Program?

When a minor is deemed to be eligible and appropriate for a 654 program, the probation officer will arrange a meeting with the juvenile as well as with his or her parents or guardian. The minor and parents will be asked to sign a written agreement in which the minor promises to obey all laws and orders of the probation department, maintain good behavior in school and at home, adhere to a curfew, maintain good grades and school attendance, attend counseling, not associate with certain people and be subject to random drug testing or room searches by the parents. If the minor is successful, he or she will earn a “no file,” and the case will never be submitted to the District Attorney’s office for a potential filing. This way the minor would never have any juvenile court or any other record.

If the minor violates one or more of the terms of the 654 program, the probation officer can submit the case to the District Attorney for the filing of a petition in Juvenile Court. If a case is filed, the minor would have to appear before a juvenile court judge and can be placed on extensive terms and conditions of probation if the petition is sustained.

Unlike many adult offenders in criminal court, juvenile court judges typically do not place juvenile offenders on unsupervised probation. Most juveniles who admit the facts in a petition or whose petition is sustained after an adjudication hearing are placed on supervised probation. Because the goals of juvenile delinquency court are to promote the rehabilitation of the minor, the probation department is expected to closely monitor the minors who are declared wards of the court. Minors may be expected to attend frequent meetings with their probation officer and make numerous court appearances to monitor compliance.

In some cases, the juvenile court judge may determine that the minor does not need close supervision and must obey all laws and commit no new offenses. In these cases, the judge may allow the minor to be on unsupervised probation. In these cases, the minor would not check in with a probation officer but would be expected to maintain good grades and school attendance and to have no new violations of the law. If there is a violation of probation, the minor can be brought back to court for a California Welfare and Institutions Code Section 777 hearing.