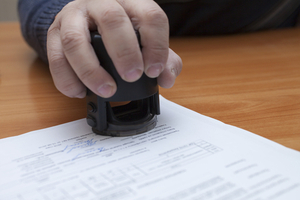 What Happens When a Juvenile Record Is Sealed?

When a juvenile court judge grants a petition to seal records, the file is closed and the documents within are considered to no longer exist and are no longer part of the public record. This is intended to protect adults from previous offenses on their juvenile record and allows them to answer no if asked if they were ever arrested if they have a criminal record or even if they have a record that is sealed.

The record that is sealed includes every part of the juvenile court file, including arrest reports, judicial findings, exhibits and probation reports. In California, juvenile court proceedings are not considered to be “criminal” and a minor is not “convicted,” but instead is declared a “ward of juvenile court.” This means that those who do not have their records sealed may still be legally able to state that they have never been convicted of a crime. However, potential employers or professional licensing boards may still be able to find the conviction, which is why many people with old juvenile records opt to petition to have the records sealed pursuant to California Welfare and Institutions Code Section 781.

Once a juvenile record has been sealed, it can be opened in two very limited situations. If the person with the sealed record is party to a lawsuit involving a claim of defamation, his or her juvenile record can be reopened during the civil proceedings and sealed again once the proceedings have been terminated. In addition, the California Department of Motor Vehicles may allow insurance companies to view a person’s driving record, which may include facts about his or her sealed juvenile record when determining insurance eligibility and risk factors.

Why Have Juvenile Records Sealed?

There are a number of reasons why someone may want to go back and have their juvenile records sealed. Once a record has been sealed, one can honestly state they have no criminal history, which can have an impact on employment, student loans, state professional licensing and other opportunities. Employers may be unable to discriminate against those with a sealed criminal record. In addition, a person required to register for a juvenile sex offense under California Penal Code Section 290 would no longer be required to register.

In order to be eligible to have juvenile records sealed, the offender must be over the age of 18 currently or the juvenile court jurisdiction must have terminated at least five years prior. In addition, the applicant must have no adult convictions for felonies or for misdemeanors that are considered crimes of moral turpitude. The Court must find that the applicant has been rehabilitated and there must be no pending civil case still in existence relating to the juvenile offense. Certain juvenile offenses are not eligible to be sealed, including murder, arson, robbery, many sex crimes and other violent crimes.