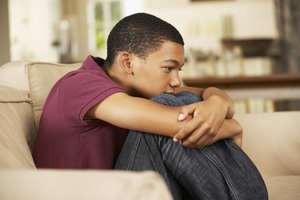 Increasingly, juvenile delinquency courts are exploring alternatives to confinement in locked detention facilities, which is costly and can be dangerous and psychologically damaging to youth offenders. One alternative is home confinement, also referred to as house arrest, which allows the minor to remain at home where he or she is closely monitored, usually by means of an electronic monitoring device. Home confinement is not appropriate for all juvenile offenders, however, it has proven to be a reliable alternative to detention in many cases and has been embraced by juvenile delinquency courts throughout the country.

What is House Arrest?

House arrest, which can be with or without electronic monitoring, is an alternative to detention designed to restrict a minor’s activities and confine them to the home during certain hours. A juvenile on home confinement is only allowed to leave the home at specific times and for specific purposes, such as school and court appearances.

The advantages of house arrest include lower costs than detention in locked facilities, decreased rates of recidivism, and the ability to monitor the wearer’s location at all times. Electronic monitoring costs between $5 and $10 a day which is significantly less expensive than detention, which costs state and local governments between $100 and $160 a day. Increasingly, confinement in locked juvenile facilities has been criticized for the harmful physical and psychological effect it can have on minors, many of whom already suffer from mental or developmental disorders. Home confinement allows these minors to remain with their families.

There are disadvantages to home confinement. In some cases, a minor’s home environment may not be safe and may actually contribute to the minor’s ongoing delinquency. In these cases, having the minor confined to the home may place the juvenile in an unsafe environment when compared to a state-operated juvenile detention facility. While electronic monitoring devices are designed to be tamper-proof, minors still may be able to destroy or disable the device. Home monitoring may not be an appropriate alternative for more serious juvenile offenders. There is a stigma associated with wearing a visible electronic monitoring device and there may be an emotional and psychological impact to being on home monitoring. One study showed that 64% of minors who failed to comply with monitoring conditions actually cut off their ankle bracelets.

Use of Home Monitoring

In the past twenty years, the use of electronic monitoring and home confinement for juvenile offenders has increased substantially. Home confinement can be used as an alternative to detention pre-adjudication as well as after a juvenile has been adjudicated and placed on probation. There may be different levels of restriction required depending on the situation. The home confinement used in federal courts offer three different levels of restriction. The least restrictive level requires participants to remain at home only at certain times. The second level of restriction requires participants to remain inside the home except for scheduled and preapproved functions such as school, court appearances, and attorney appointments. The most restrictive level of house arrest requires the participant to remain at home 24 hours a day except for court appearances or medical emergencies.