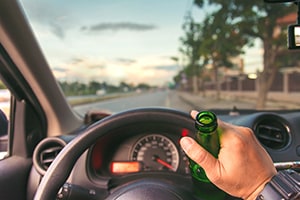 Many of the most common offenses referred to the juvenile court system in California include offenses involving the use of alcohol. Alcohol use and possession is illegal for minors, however many minors first experiment with alcohol during their teenage years. In some cases, a minor may be cited criminally for an offense involving alcohol use or possession and may be required to appear in court in front of a juvenile judge.

Minor in Possession of Alcohol

One of the most common juvenile alcohol related offenses in California is minor in possession of alcohol in violation of California Business and Professions Code Section 25662. It is illegal for any minor under the age of 21 to possess alcohol while in a public place. Minors between the ages of 18 and 20 would be cited to appear in adult court to address this misdemeanor violation. However, those who are under the age of 18 will have their case handled by the juvenile court system.

Possessing alcohol is considered a misdemeanor level offense. The matter may be referred directly to the juvenile probation department for informal diversion. In these cases, the minor would not be required to appear in court and instead would be assigned certain terms and conditions from the probation department, which would include alcohol education, random testing and any other appropriate condition.

If a petition is filed in juvenile court, the judge may also grant informal probation under Welfare and Institutions Code Section 725 or else the minor may be eligible for deferred entry of judgement (“DEJ”), in which he or she would admit the facts of the petition but would not be sentenced as long as certain terms and conditions of probation are met. This would typically include community service, alcohol education and mandatory school attendance. The juvenile court judge may also place restrictions on the minor’s driver’s license and may order his or her driving privileges to be suspended or revoked.

Many minors are also arrested for DUI offenses. Unlike most adults who are permitted to drive as long as their BAC is below 0.08 percent, California has a “zero tolerance” approach to kids and impaired driving. This means that having any measurable amount of alcohol in the minor’s system can result in criminal and administrative penalties. Driving with a BAC between 0.01 percent and 0.05 percent will result in a yearlong administrative license suspension and can also be sent to court as an infraction. This is also true for minors who have a BAC between 0.05 and 0.07 percent, in which the potential penalties are steeper. While these are both infractions, the case would be referred to the juvenile court system.

Minors under the age of 18 who have a BAC of 0.08 or higher, or those who refuse testing, can be charged with DUI pursuant to California Vehicle Code Section 23152 which is a misdemeanor level offense in most cases. The offense may be handled informally by the juvenile probation department. In other cases, the District Attorney’s office will formally file a petition alleging the DUI violation against the minor. The minor and his or her parents would be required to appear before a juvenile court judge to address the violation. While the matter is pending, the judge may require certain conditions of release, including AA attendance, alcohol education, or even the requirement to wear an alcohol monitoring device where there is a serious concern about the minor’s use of alcohol.

The minor is entitled to the same legal rights and protections as an adult would have in adult court. The minor would be entitled to mount a defense and challenge the DUI allegations. If the minor’s vehicle was stopped without reasonable or probable cause, the defense can file a motion to suppress challenging the legality of the vehicle stop. If granted, all resulting DUI evidence would be suppressed and the petition would likely be dismissed.