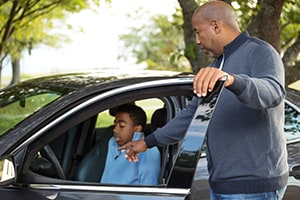 Driving under the influence of drugs or alcohol offenses are treated very seriously in juvenile court, as those under 18 are not supposed to be consuming alcohol in the first place. The California DMV will issue a one-year license suspension to any driver under the age of 21 who is found to have a BAC of 0.01 or higher, meaning that any measurable amount of alcohol will result in a license suspension.

In addition to the DMV, a juvenile DUI will also be referred to juvenile delinquency court. The case may be directly diverted to the juvenile probation department or may require the juvenile and his or her parents appear in juvenile court. A judge in juvenile court may ultimately impose a number of restrictions and conditions on juvenile DUI offenders and may revoke the minor’s driver’s license. Juveniles are entitled to the same protections as adults and having a skilled juvenile attorney is critical. There may be issues with the vehicle stop or the breath or blood testing and an experienced attorney may be to have charges dismissed or significantly reduced.

Hit and run offenses are also very common with minor drivers. In many cases, young drivers panic after being involved in a traffic collision and may simply drive away. Under California law, anyone involved in an accident is required to stay and exchange information and render assistance if necessary. Hit and run is a misdemeanor level crime if there is only property damage and a potential felony if someone was injured as a result of the hit and run event.

Having an experienced attorney involved in the case as soon as possible can often be critical. In many cases, the attorney may be able to intervene while the matter is under investigation and work to resolve the case without it being referred to juvenile court.

If a juvenile petition is filed, there are a number of different outcomes that can occur. The juvenile may be placed on informal probation where the juvenile does not admit guilt but would be subject to certain terms and conditions of probation. One of these would include paying restitution to the victim for any damages caused. The juvenile may be placed on a deferred entry of judgement where guilt is admitted but no judgement is entered if the juvenile remains law abiding and complies with the various terms and conditions of probation. In more serious cases, the judge may require formal probation where the juvenile is placed at home or in a “juvenile probation camp.” In the most serious cases, the minor may be committed to the California Youth Authority (“CYA”) to serve a sentence in juvenile hall.