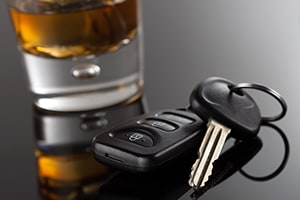 Obtaining a driver’s license is a major milestone in most young people’s lives. Being able to drive opens up a teenager’s world and provides them a significantly higher amount of independence. Unfortunately, these years are also when many young people experiment with alcohol and have their first drink. Many of those arrested for DUI offenses are minors and courts treat these offenses very seriously.

In California, it is unlawful for anyone to drive a motor vehicle with a BAC of 0.08 percent or higher. However, for those who are under the age of 21, there is a “zero tolerance” policy any having any measurable amount of alcohol in one’s system can result in criminal or administrative penalties.

Drivers under the age of 21 who are found with a BAC of 0.01 percent or higher will face a yearlong administrative driver’s license suspension. During this year period, the driver would not be eligible for any restricted license. In addition, a driver under the age of 21 who has a BAC between 0.05 and 0.07 percent can be charged with a separate infraction under California Vehicle Code Section 23140 VC.

For drivers under the age of 18, any DUI charges would be referred to juvenile delinquency court. Juvenile court is wholly separate from adult courts and have their own judges and prosecutors that handle all types of delinquency allegations, including DUI. Judges in juvenile court take DUI matters very seriously and will often require minors to complete community service, alcohol education and many other rehabilitative conditions.

In recent years, there has been a significant increase in DUI drug arrests involving minor drivers. Under California Vehicle Code Section 23152(f) VC, it is illegal to drive while under the influence of any drug that causes impairment. This includes illegal street drugs such as heroin, ecstasy and cocaine as well as lawfully prescribed medications such as Xanax, Vicodin and Ambien. Marijuana is included under California Vehicle Code Section 23152(f) VC.

Juvenile judges treat DUI drug matters very seriously and the minor may be required to undergo extensive drug treatment as a condition of juvenile probation.

While most DUI offenses are considered misdemeanor level crimes, when another person is injured as a result of a DUI accident, the driver can be charged with DUI with injury under California Vehicle Code Section 23153 VC which is potentially a felony. Juveniles under the age of 18 may not be immediately released to their parents following an arrest for a felony level DUI offense and instead may be required to remain in custody. Unlike adult offenses, juveniles cannot post bail to secure their release pending the resolution of their case. The Court would hold a detention hearing where the judge would determine whether the juvenile must remain in custody or can be released to the custody of his or her parents.

There may be many ways to fight DUI charges involving juveniles. If the minor’s vehicle was stopped without reasonable or probable cause, the defense can file a motion to suppress under California Penal Code Section 1538.5 PC. If successful, all resulting DUI evidence will be suppressed and the case will likely be dismissed. In many cases, obtaining and reviewing the calibration records of the preliminary alcohol sensor (“PAS”) device may reveal that the device was not properly calibrated which may be used to challenge the reliability of a low BAC result.