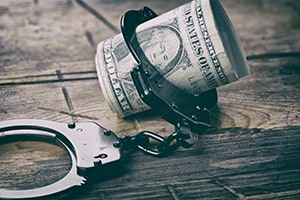 In California, the majority of the cases that are heard in juvenile delinquency court involve property-related crimes. These property crimes include a wide variety of theft offenses. Theft offenses can be classified as felonies or misdemeanors depending on the facts of the case and the value of the property involved. Under California Penal Code Section 487, a theft offense is considered grand theft if the value of the money, labor, or real or personal property taken exceeds $950. Grand theft is a “wobbler” offense that can be charged as either a felony or a misdemeanor. When making a filing decision, the Deputy District Attorney assigned to the case will review the circumstances of the theft offense and the juvenile’s record, if any.

When the value of the property or cash taken is less than $950, the juvenile can be charged with petty theft. This is always a misdemeanor level crime, which is considered less serious than a felony. Many petty theft offenses committed by minor offenders involve shoplifting items. Retailers take these kinds of offenses very seriously and invest significantly in loss prevention. Most offenders caught are referred to local law enforcement and prosecution is typically pursued, even when the incident involves a juvenile offender.

In many misdemeanor theft or shoplifting offenses, the case may be directly sent to the juvenile probation department for informal probation, where the minor would not be required to appear in court in front of a juvenile court judge. In these cases, a petition is typically not filed and the matter is dismissed once the minor has complied with the terms of juvenile probation, which may include community service, restitution and education.

In other theft offenses, the juvenile may be eligible for deferred entry of judgment (“DEJ”). Under a DEJ program, the minor would admit guilt, however the petition would be dismissed upon successful completion of the DEJ program. DEJ is available for first time felony offenses that are not included under California Welfare and Institutions Code 707(b). Many theft offenses and property crimes would be eligible for DEJ in juvenile court.

In more serious theft offenses or in situations where the juvenile has an extensive juvenile record, the Court may deem the juvenile a ward of the court and can sentence the minor to probation or confinement. This typically occurs in the most serious cases, such as robbery under California Penal Code Section 211, which involves that taking of property by force or threat of violence.

A minor sentenced to probation can be allowed to remain at home on strict formal probation monitored by the juvenile probation department. The terms of probation may include mandatory school attendance, curfews, counseling, community service and restitution. In other cases, the minor may be sent to a probation camp outside of the home in which the minor would be closely monitored.