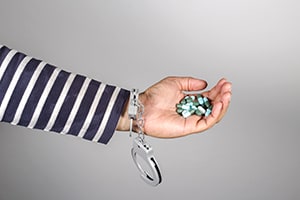 California courts treat juvenile offenders differently from adults over the age of 18. Most of the cases involving minors under 18 are diverted to juvenile delinquency courts which operate very differently than adult criminal courts. Many juvenile offenses involve the use, possession or sales of drugs. Judges and prosecutors in juvenile court take these types of offenses very seriously and if your child has been charged with delinquency involving drugs, it is critical that you meet with an experienced juvenile defense attorney as soon as possible.

There are a number of different drug crimes with which a juvenile defendant can be accused. One of the most frequent drug crimes is simple possession, where the minor is caught possessing a relatively small amount of a drug. This can include illegal street drugs such as heroin, cocaine or ecstasy as well as legal drugs for which the juvenile does not have a valid prescription, such as Xanax or Vicodin. While marijuana has been significantly decriminalized, a juvenile can still be cited for marijuana possession and possession of more than 28.5 grams of marijuana can lead to an arrest and criminal charges.

In some case, the juvenile may be arrested for selling drugs, which is always a felony. In California, simply giving drugs to someone else is considered “selling,” even where no cash is exchanged. These cases are significantly more serious than simple possession offenses.

When a juvenile is arrested for a drug-related offense, the officer may release the minor to the custody of his or her parents or the juvenile may be detained and sent to juvenile hall. Unlike adult offenders, juveniles do not have the option of posting bail to secure their release while a case is pending. However, an effective juvenile defense attorney may be able to convince the court to release the minor from custody and allow him or her to remain at home.

Most drug crimes will remain in juvenile court, however there are certain drug crimes that can potentially be transferred to adult court. These offenses are listed in California Welfare and Institutions Code Section 707(b) WIC and includes manufacturing, compounding or selling one-half ounce or more of a sale or solution of a controlled substances listed in California Health and Safety Code Section 11055(e) HSC, which includes PCP.

Juveniles in drug court may ultimately be granted diversion, deferred entry of judgment or even formal probation at the minor’s home, a group home or a camp. The most serious juvenile offenders can be committed to the California Youth Authority (“CYA”).

In many drug-related offenses, the Court may require the juvenile to receive drug treatment or other conditions of probation directly relating to drug use and drug addiction.